The In Room Massage Blog

9 Reasons In Room Massage Is Better Than A Strip Club

Why In Room Massage Is Better 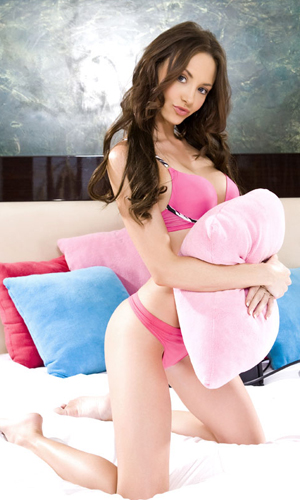 It wouldn't be a trip to Vegas without stopping off at a strip club, would it? Well, that depends. Sure, it's a fun time to go and see some of the best strippers in the world. But is that all you really want? Is popping in, seeing a girl with a top off and then leaving really the reason you came to Vegas? It might be one of the reasons, but it's not going to make or break your time in Sin City. Let's say though that you do want to see a naked woman before hopping on a plane and heading back to where you come from. Nothing wrong with that, but if that really is what you're looking for, there are other options far better than heading off to a strip club, such as booking yourself an in-room massage. Just how much better is an in-room massage over a strip club though? Let's count the ways.

Let's start off with something that isn't based on the girl. This is the hidden price of strip clubs. Drinks in Vegas are expensive. We're not going to try and kid you with that. Most bars and clubs and even convenience stores you head to will cost substantially more than what you'd pay nearly anywhere else in the country. But in a strip club? You might balk at how much you are required to pay for a Budweiser. And if you're a stiffer drink fan, well the only stiff you'll feel is how much you pay for how little the drink is. Strip clubs are famous for small pours and watering down drinks.

When you get an in-room massage, you can have all the drinks taken care of. Even if you're bringing up room service, chances are it will cost far less.

Want attention in a strip club? You'll need to pay for it. Yes, you'll pay for it with an in-room massage, but you pay once and you're good. With a strip club, if the stripper gets the slightest whiff that you're out of cash you'll be tossed aside in the blink of an eye.

Have your eye on a stripper? Yeah, so does another two dozen dudes in the club. If you want her you'll need to jump in before the other guys, or just offer to pay more. With an in-room massage, there's no competition. You select who you want and that's it.

What's more comfortable? Your hotel room where it's just you and the lovely lady, or in a strip club, where it's dark, filled with hundreds (if not more) other people, loud music, seizure-inducing strobes and who knows what else. In terms of comfort, there really isn't even a competition here.

Yeah, there are some legendary lap dances to be had in Las Vegas. But even the best lap dance can't compete with an in-room massage. Why? Because the massage can include a lap dance, and best of all, you both will likely be naked for it.

Is there anything worse than the bouncer who stands guard over the private dance room? This guy is the biggest buzz kill out there. Of course, he's also probably five times your size anyway, so it's not likely you can really do anything about it. And guess what? Most of the girls don't really like the bouncers either. The bouncers don't just prevent you from getting the dance you really want but they stop the girls from getting the kind of cash they really want as well.

7. You Know Where the Bed Sheets Have Been

You're staying in a high-end Vegas hotel. You've seen the main clean the room. So you know where the sheets have been. Now ask yourself, do you know where that couch in the strip club has been? Do you even really want to know where it's been?

8. Really Get to Know Your Girl

If you're the kind of person who enjoys getting to know the person you're with, an in-room massage is much more intimate. It's just the two of you, so you can either go about the massage quietly, or you can talk with one another. In a Vegas strip club, unless you're going into an off-strip club during the day, you're not going to be able to get to know the girl.

Maybe the best reason why you should opt for the in-room massage over a strip club is that you don't even need to leave your room. You go online, find the girl you're interested in and book her. She will then arrive at your hotel room. With a strip club? Well, you need to go downstairs, deal with traffic, pay a bouncer and jump through another half-dozen different hoops just to make it. There really isn't anything better than skipping out on all of these problems and staying in, with the girl of your dreams.

There's nothing wrong with a strip club. It's a fun time and you'll likely be in a room filled with more beautiful women in a single location than you'll ever be in again (at least until your next vacation to Las Vegas). With that said though, there are plenty of other options available to you, including an in-room massage. If you just want to tally off beautiful women onto a scorecard, yes, a strip club will win. But an in-room massage is better in just about every other way. Still not sure? Why don't you book yourself an in-room massage and find out? You'll never again find a better form of convincing than the massage.